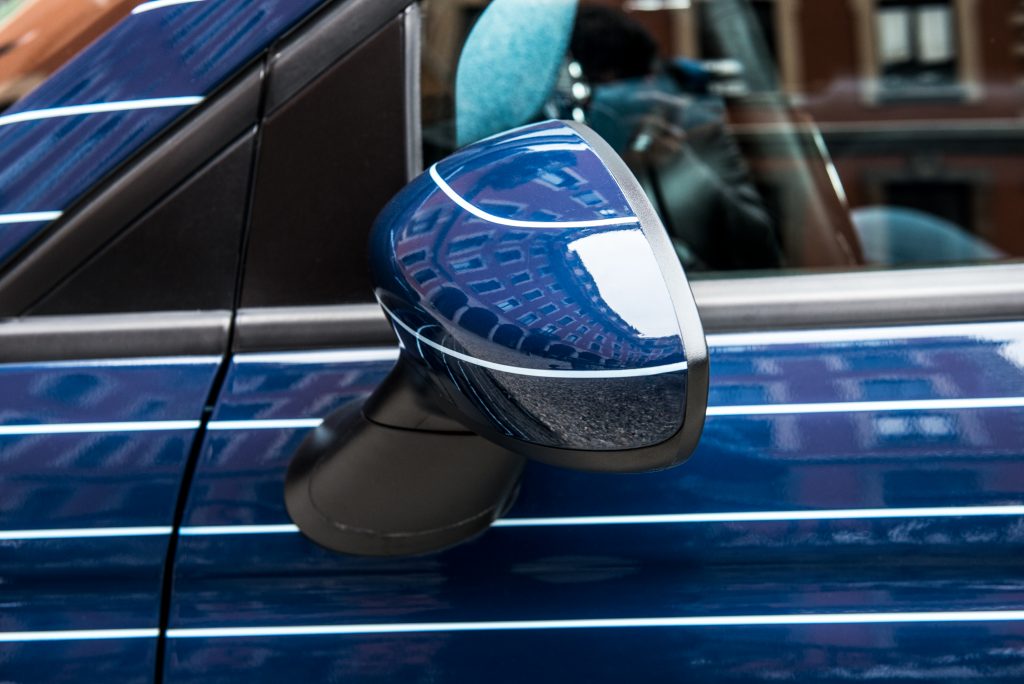 Today it’s the turn of the three most sartorial one off, those that suit a more elegant personality who wants to be noticed even in the most discreet situations.

One of the most remembered sartorial works since the dawn of Garage Italia.
Also in this case the work behind the scene is one of the important ones: complete painting of the exteriors in navy blue pinstripe.
The basic idea was to go and dress the car in a real pinstripe suit. Interiors that take up the bodywork in the dashboard and seat upholstery in denim and cashmere pinstripe, a fabric so appreciated and often recurring in the famous outfits of its first owner.

As you know this Abarth was part of Lapo Elkann’s private collection, later bought by the Swiss branch of Jalopy Ltd, specialized in the selection of vintage and limited edition cars as an investment and then auctioned.
A great deal of masking work was done on the bodywork during the painting process. Yes, the Pied de Poule livery is in paint, not a wrapping! Who did you think you were dealing with?
Also on the interior great attention, completely covered in black denim treated with a special wash, red contrast stitching and imperial leather printed Pied de Poule.

Realized within the project The Code by R-M Paint in which twelve selected designers present their one off made using only R-M paints.

In Italy, Garage Italia offers its personal vision of blue to The Code through its special 595 Abarth that we all consider a bit like Azzurra’s tender, the Ferrari GTC4L customized with the same livery.

For this project two ad-hoc colours have been created with R-M Paint, Blu Garage (a point of the navy blue) and Azzurro Lapo, a shade of turquoise, combined on the racing inspired livery. Two-tone that returns in the rims and brake calipers. Foglizzo and Solaro braided leather interior. 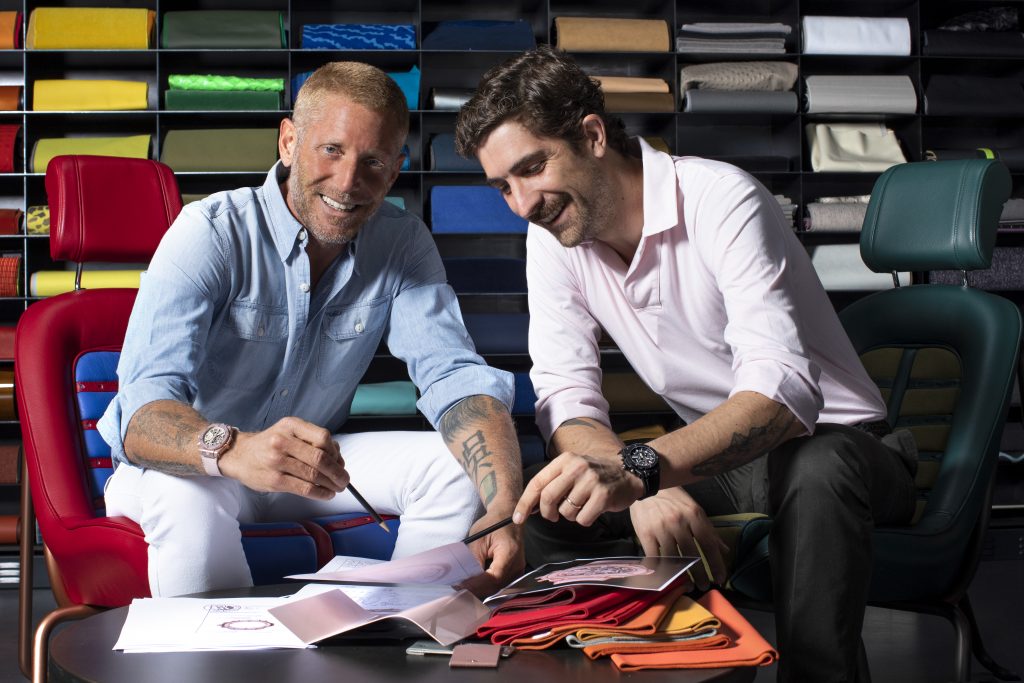 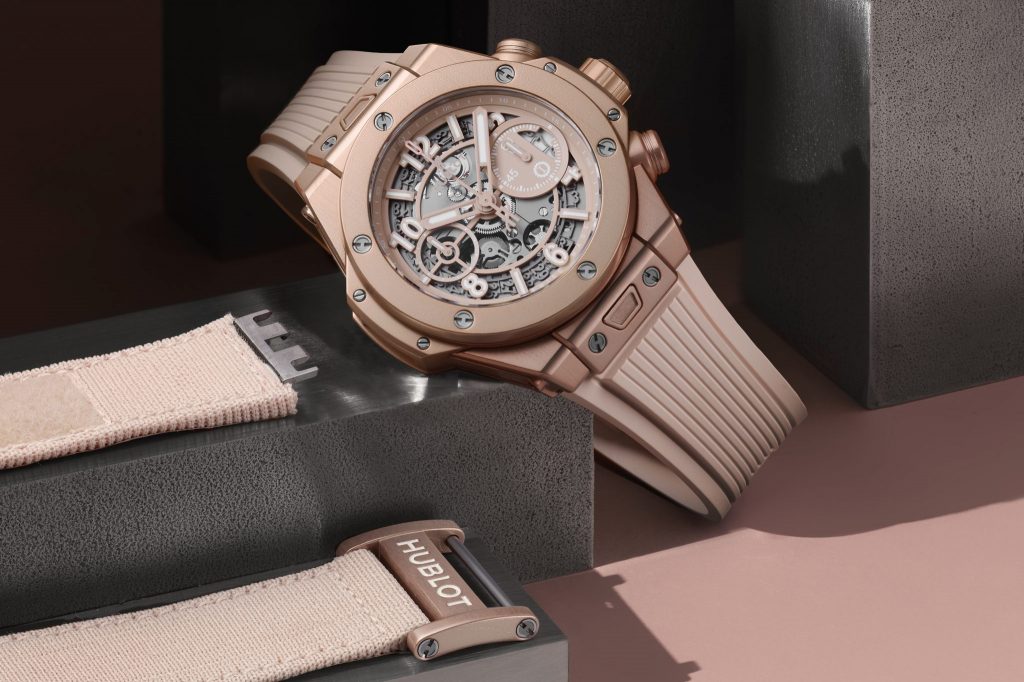 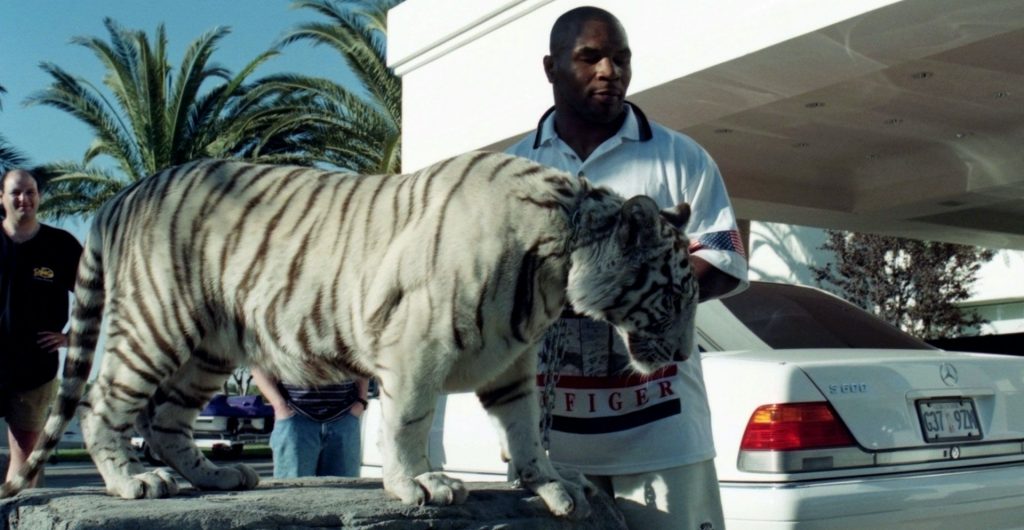 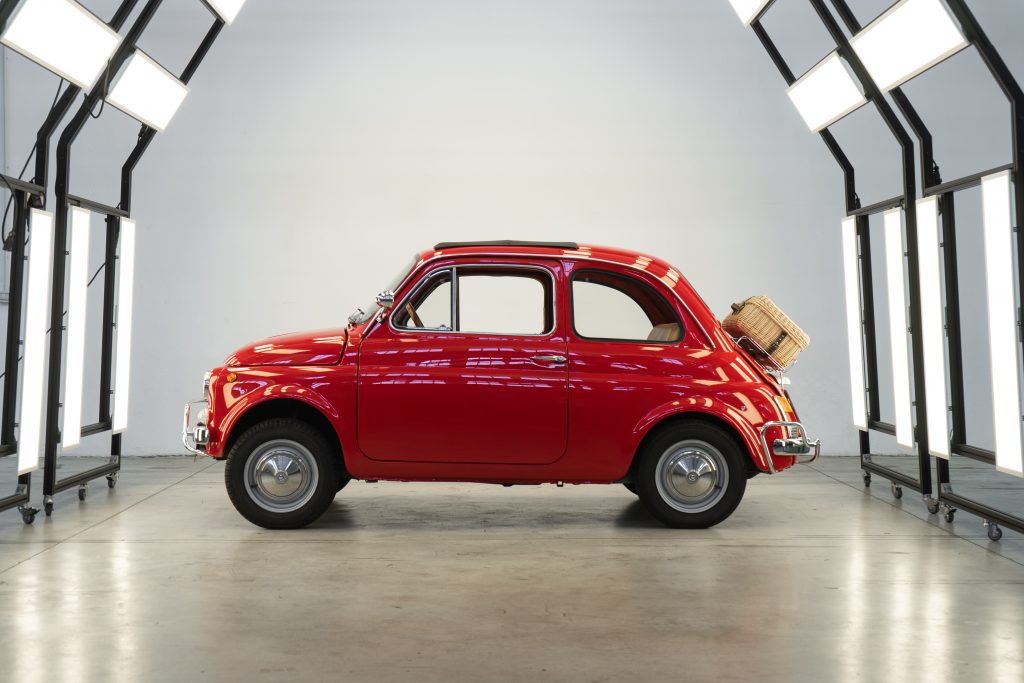 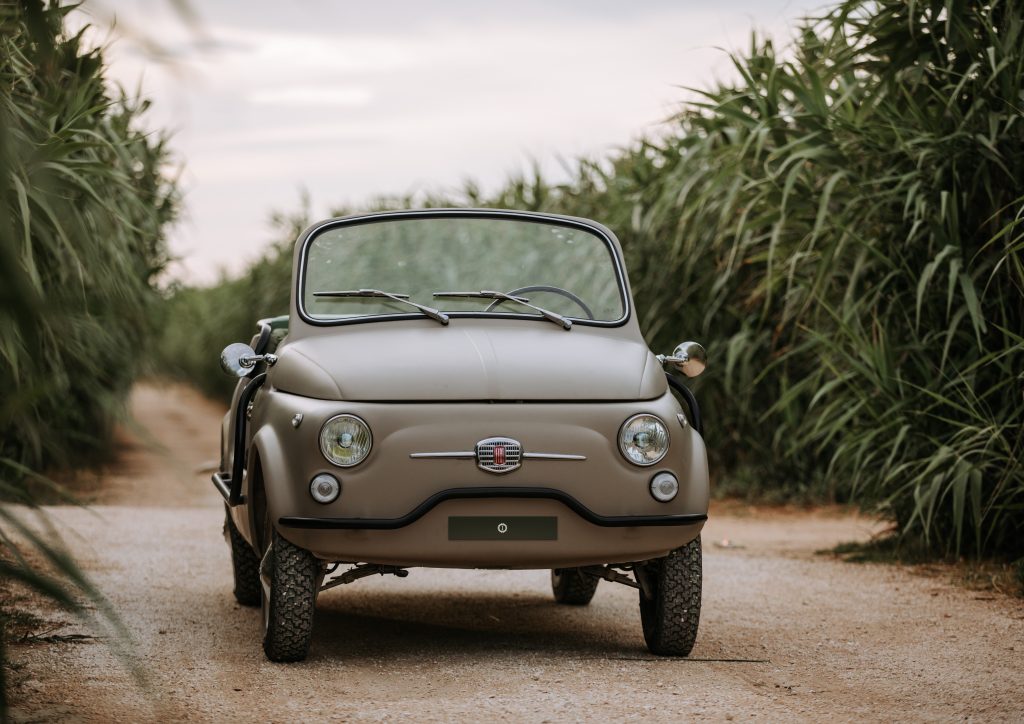 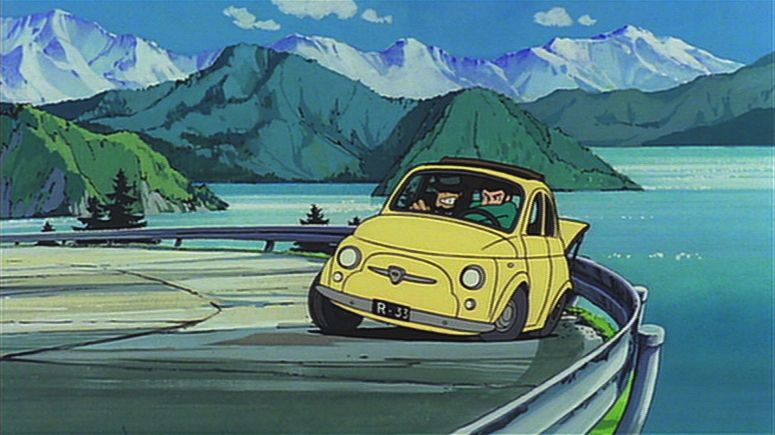