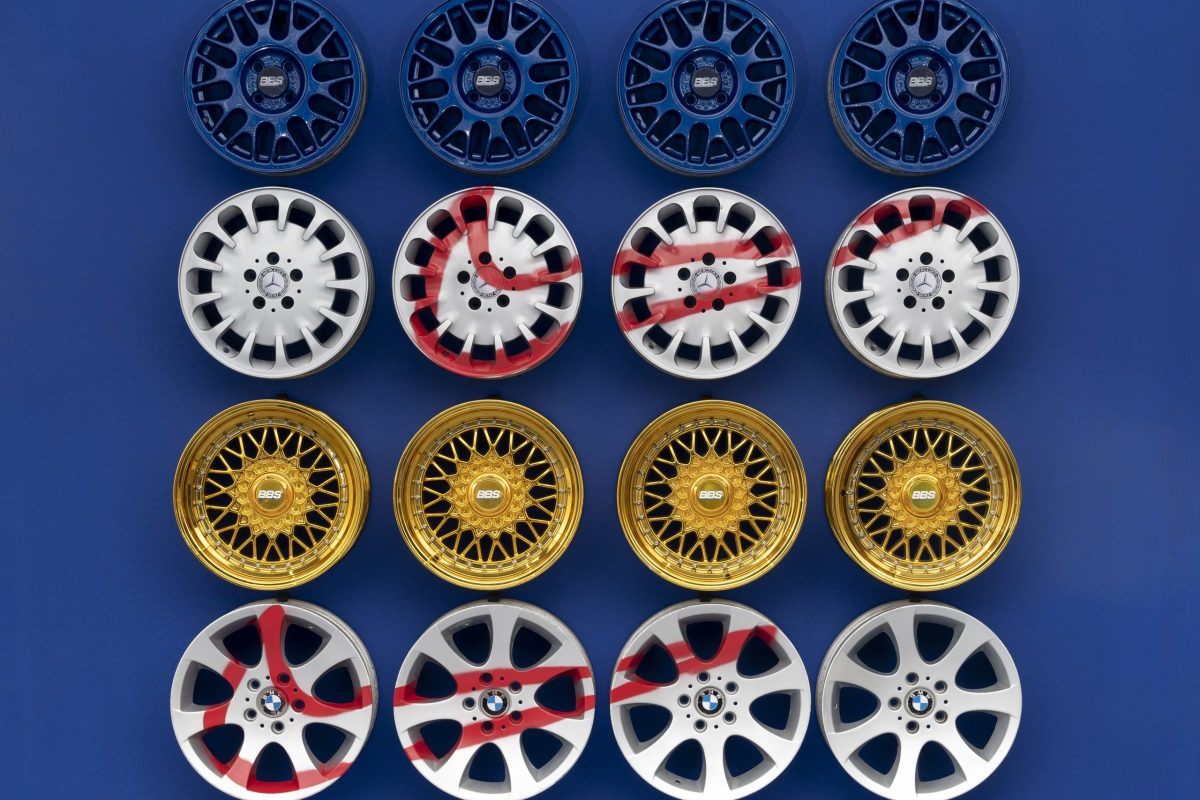 «Tout est Bleu» is the first solo exhibition of the French artist Julien Boudet hosted by Stems Gallery in Brussels.

Creating images with medium format film cameras, Boudet’s practice investigates overcrossings of consumerism, technology, culture, and media. By highlighting and recontextualizing luxury brands, his pictures put the ballast of these labels as a sign of desire – not just by celebrating the liturgy of consuming—but assuming these elements naturally as part of our lives. The duality between real and fake, counterfeit and authentic, are recurring themes for the artist who began to create and incorporate materials in his work to highlight the paradox of bootleg as a result of hyper-consumerism. The works approach the strain and displacements of our relations and coexistence with objects, ornaments and collective cultural imagination.

Having grown up in Sète, a port city in the South of France that marks the connection between France and Northwest Africa, Boudet’s practice is deeply influenced by the Mediterranean culture. In R21 LV Nevada, Boudet immortalizes these common scenes of overly packed cars preparing for back-and-forth boat trips to ‘le bled’ – an Arabic term used in French speaking countries to signify your place of origin. To further exemplify this blur in the notions of authentic and bootleg, Boudet uses real LV bags to recreate a scene commonly experienced by the working class.

Other logos from brands like Louis Vuitton, Porsche and BMW are revisited by the artist as the key elements of authenticity. The Louis Vuitton logo, for instance, dates back as far as 1896 and was introduced partly to ward off counterfeiters. Paradoxically, the “L” and “V” is the most faked feature of the luxury label. In a similar fashion, the artist mimics on these symbols of luxury and prestige in his work Seaux LV.

A central component of Boudet’s work is Nike. The Swoosh must be one of the – if not, the – most recognizable fashion logos ever made. Representing the wing of Nike (the Greek goddess of Victory), the design stands today for speed, power, movement and motivation, with their signature catch phrase ‘Just do it’. The TN model is a symbol of rarity, of unique design that revolutionized the market of sneakers, it is also the only pair of shoes with a recognized nickname. These shoes demonstrate the importance of street culture onto fashion and consumerism. With the nickname ‘requin’, an aggressive yet quick and strong animal, the shoes become synonym to those attributes in the streets.

Another recurring element in Boudet’s work are cars and motorcycles. Symbols of speed and strength, Boudet features a TMAX bike, the most powerful scooter on the market, the most stolen on the street, in essence, the Mercedes of bikes. Exhibited as an icon, Boudet wishes to show off the flashy attributes of the TMAX, indicating that the TMAX is in its most attractive outfit.

Ténéré Bleu NFS is a very personal work, symbol of the union between France and Morocco, an iconic element of the Paris-Dakar rally, and the bike with which the artist’s father passed away.

Julien Boudet’s personal exhibition Tout Est Bleu will be held at the Stems Gallery in Brussels until 13 February. 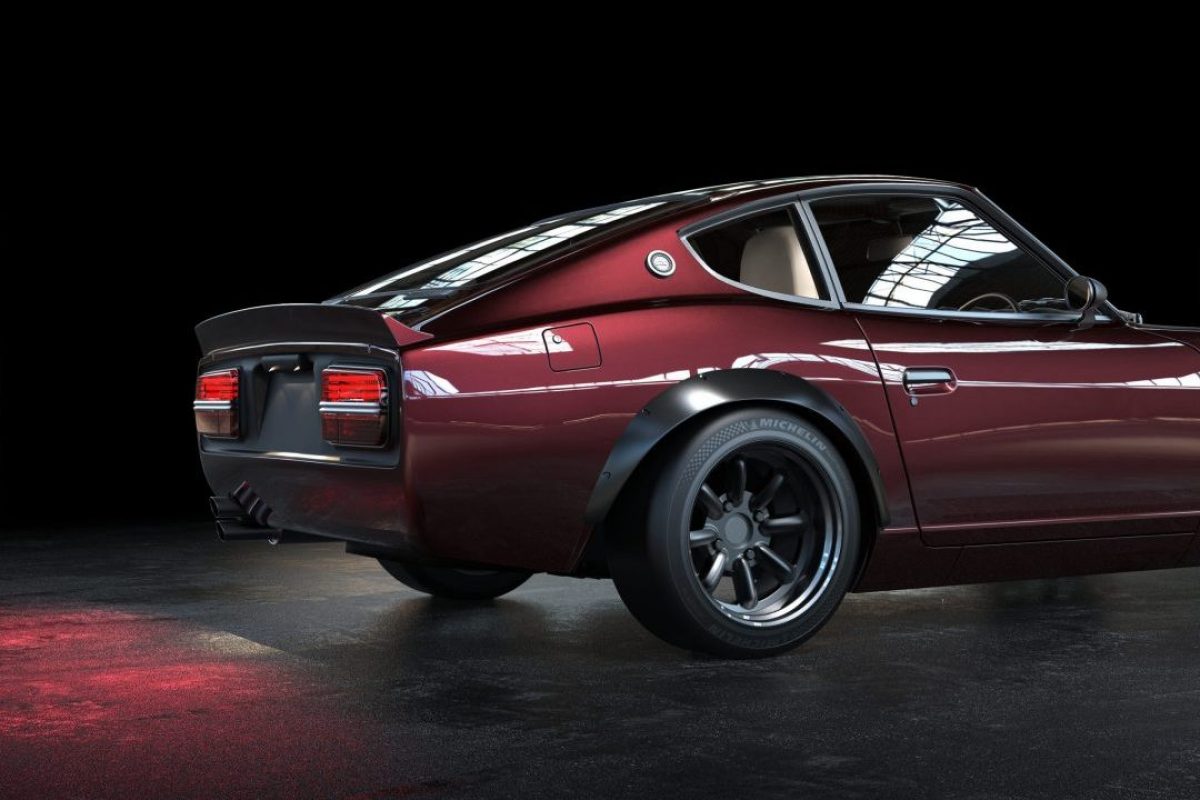 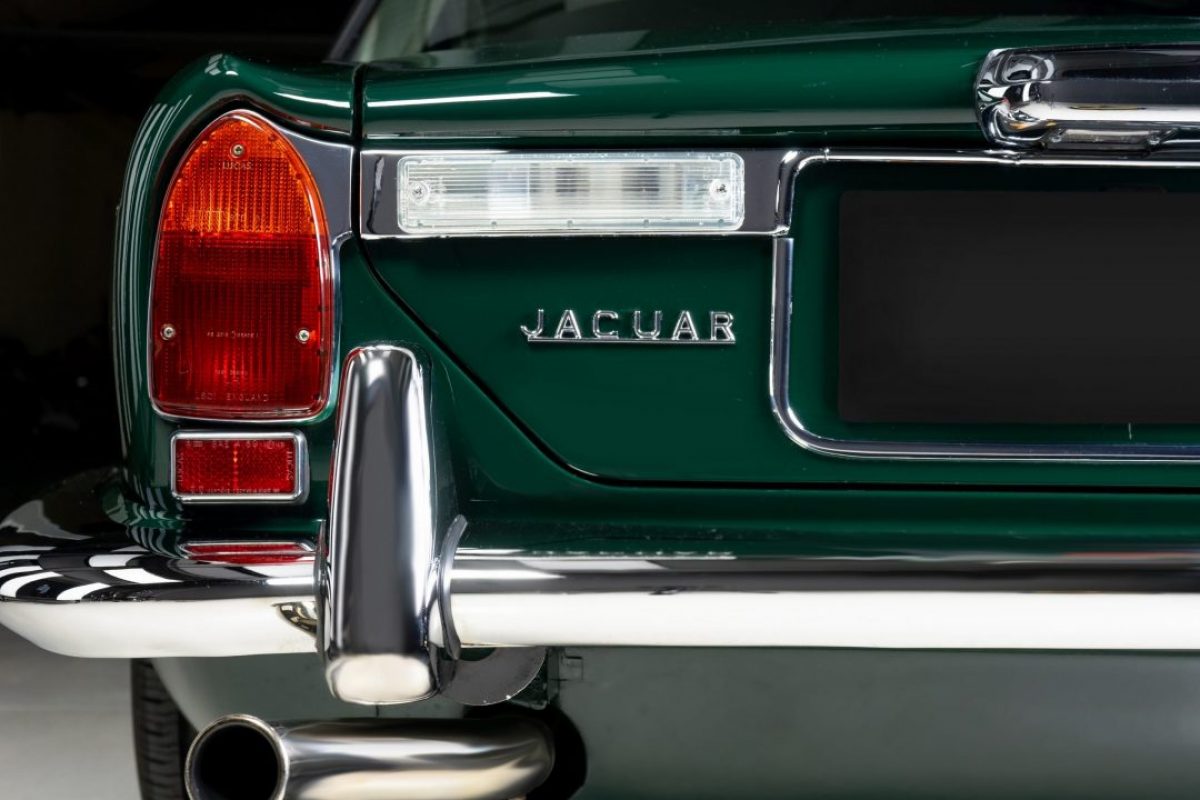 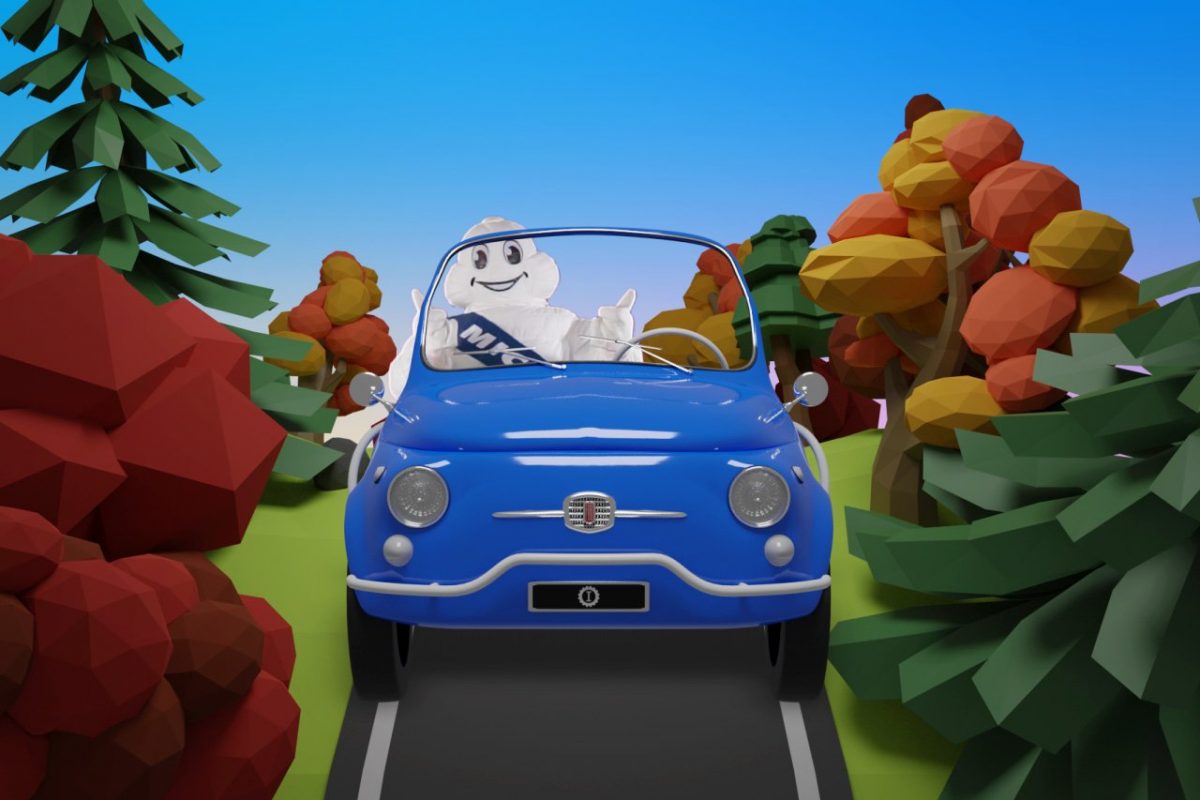 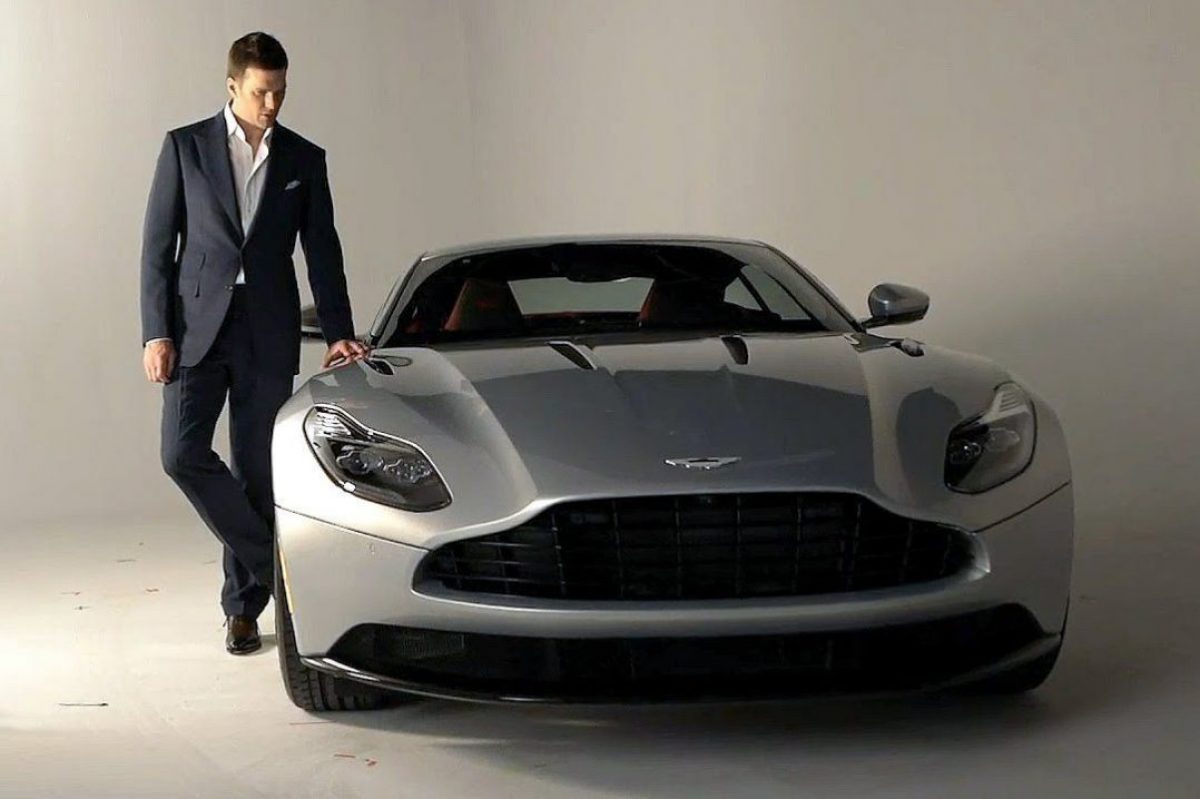 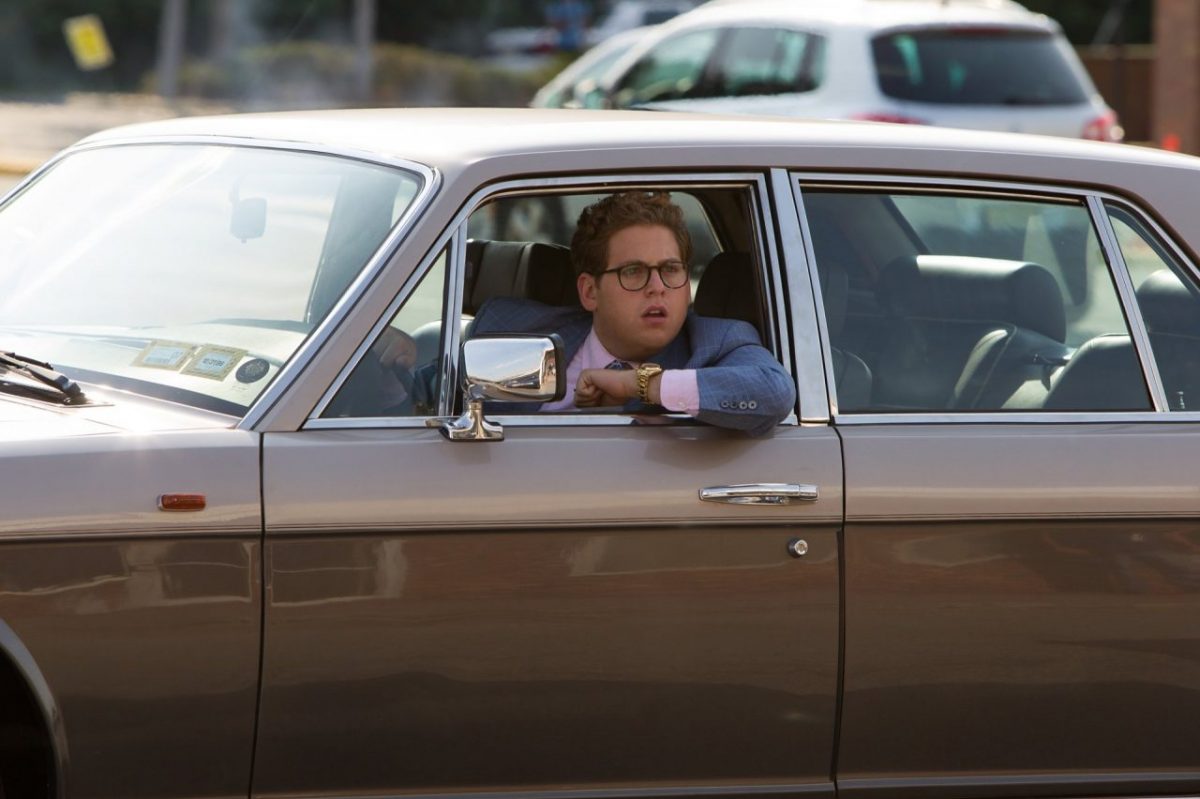 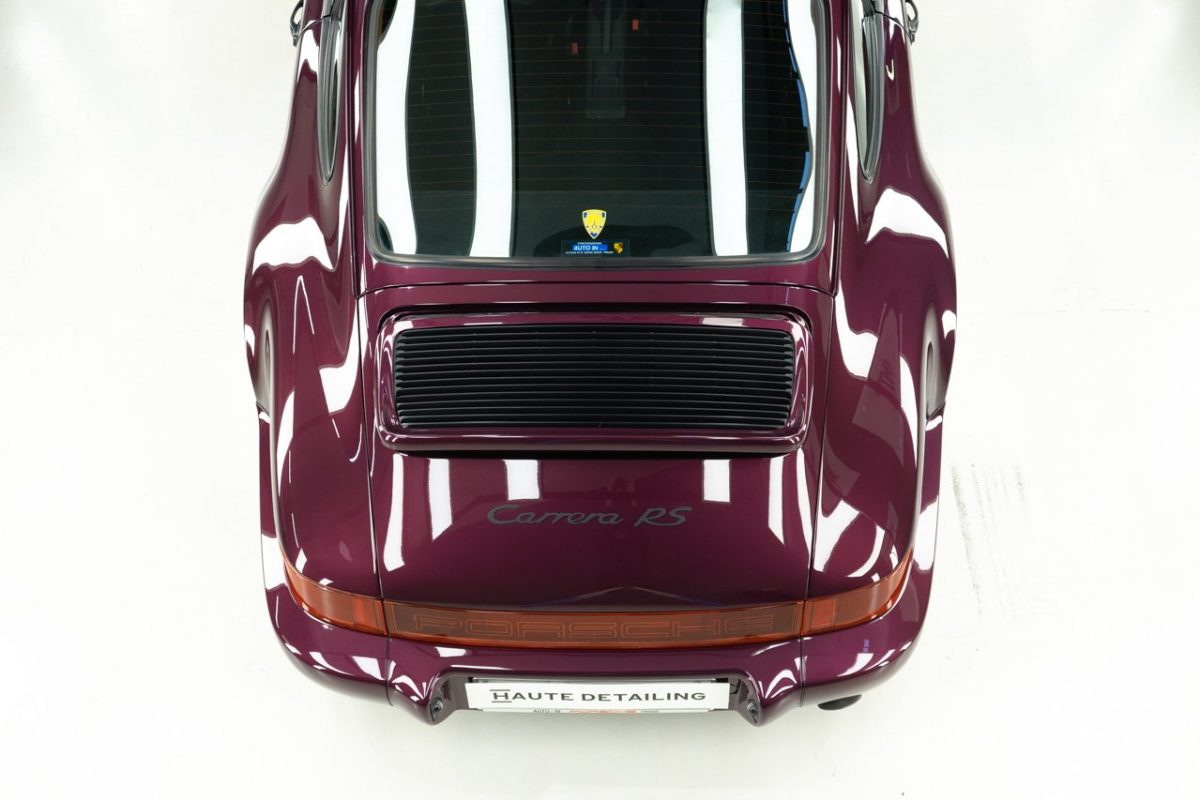